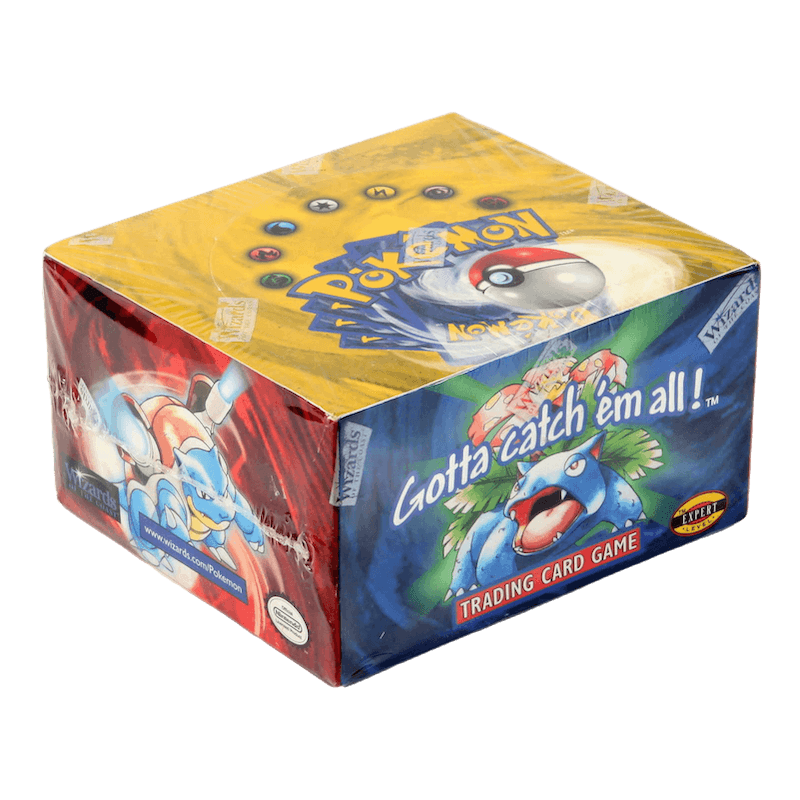 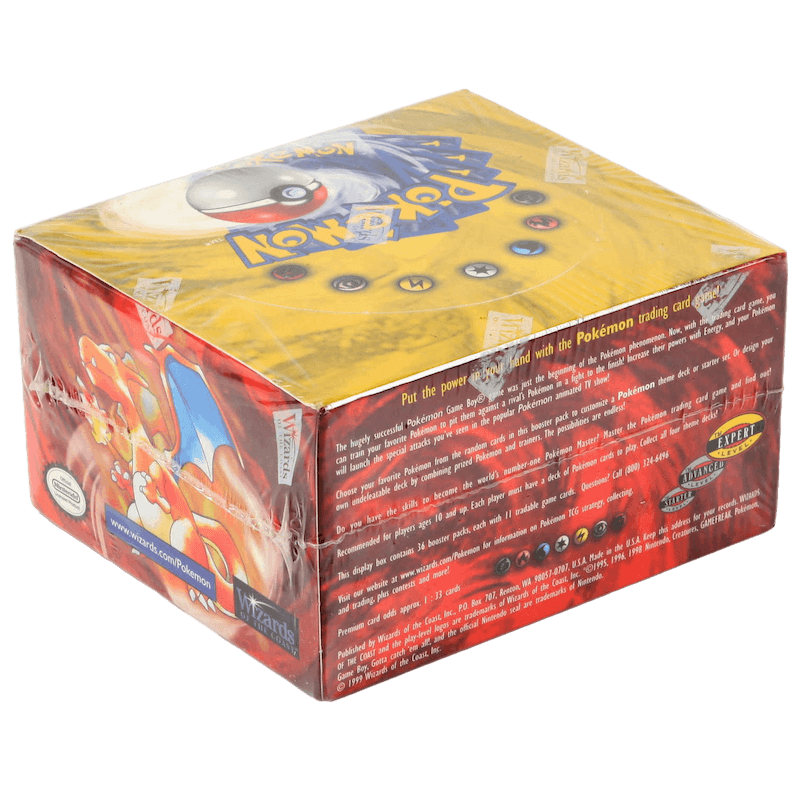 storage location
Balthorne, UK
Pokémon is one of the most popular trading card games in the world. Its appeal has exploded recently, following several record-breaking sales, with serious collectors and investors looking to get a piece of the action.
Rare cards, like the highly popular Charizard, can fetch millions of dollars when graded by professional grading companies.
This Pokémon box, offered by Koia, is an 'Unlimited' box (3rd edition) and was initially produced in 1999 by Wizards of the Coast. This example, long discontinued, is still in its original shrink-wrap seal.
Pristine condition, sealed boxes become increasingly rare over time as boxes are opened or get damaged, making them more desirable to collectors and investors.
The box contains 36 sealed booster packs (396 cards) which all have the potential to be in pristine GEM MINT condition. Out of the 396 cards, there will be 12 'holo' cards with up to three highly desirable 'holo Charizards'. A single holo Charizard could fetch up to $10k alone after being graded.
The 2020 Pokémon hype may have settled a little, but with the 30th Anniversary on the horizon and new price records being broken, expect interest in Pokémon to remain strong.
The box will remain sealed and insured by Koia after the asset drop.