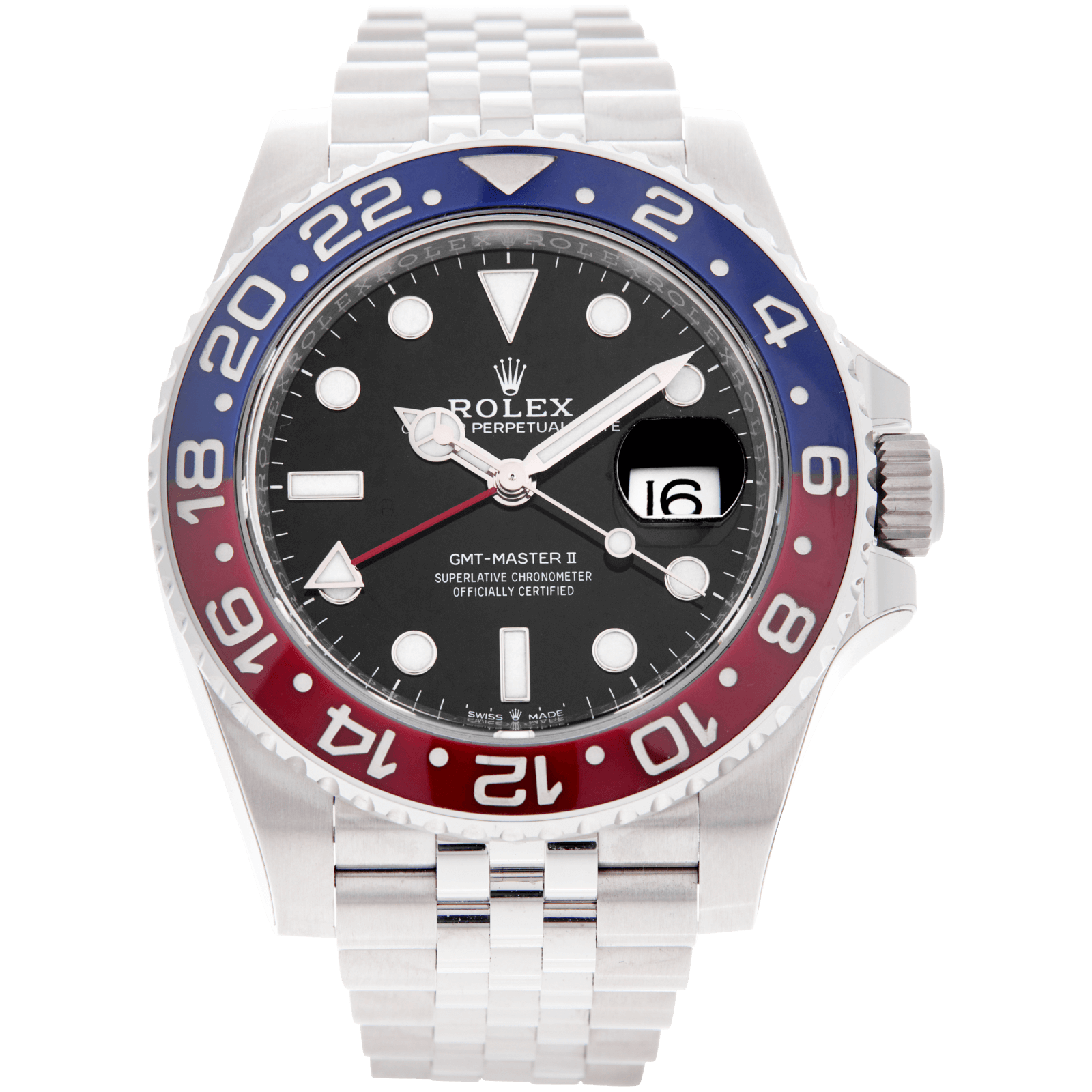 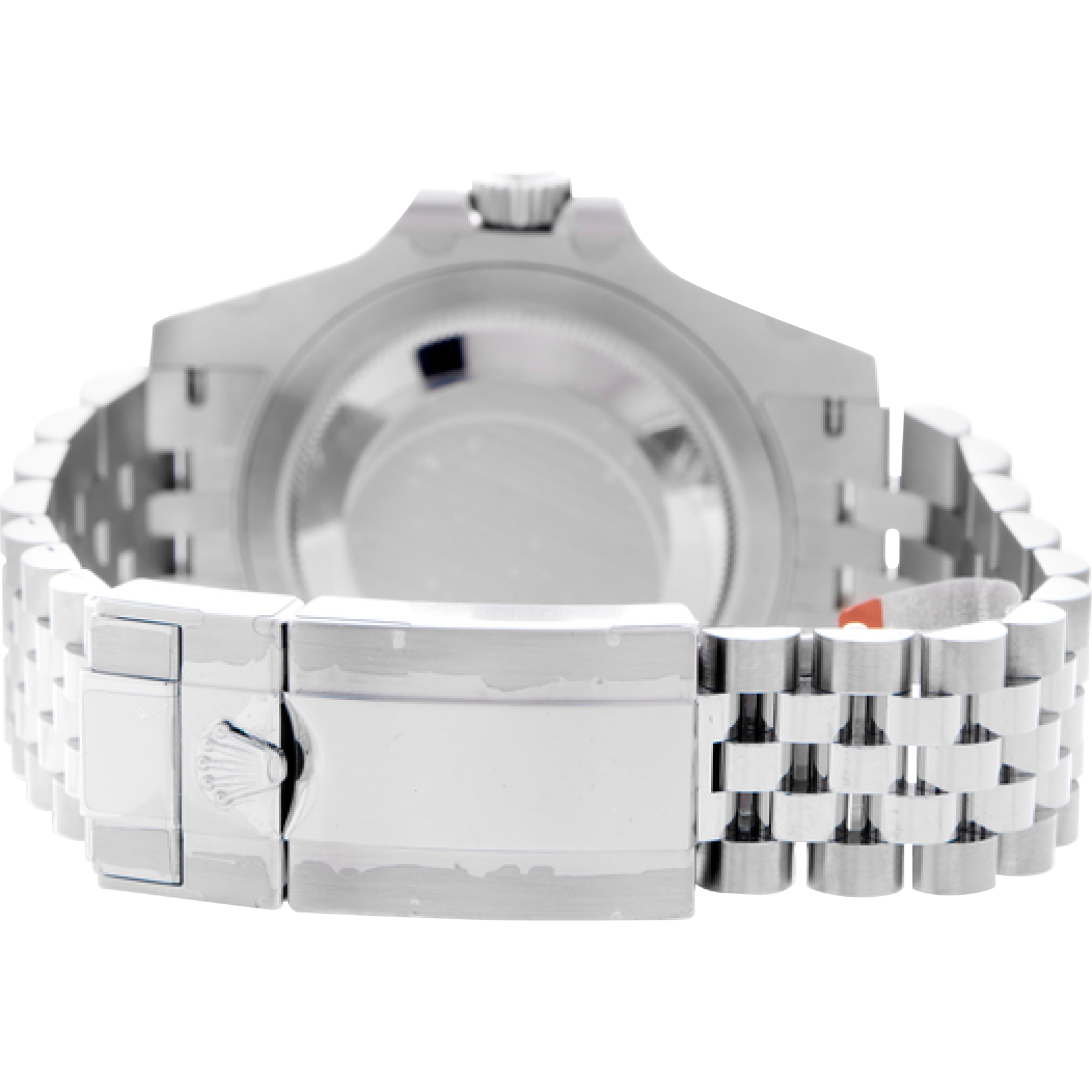 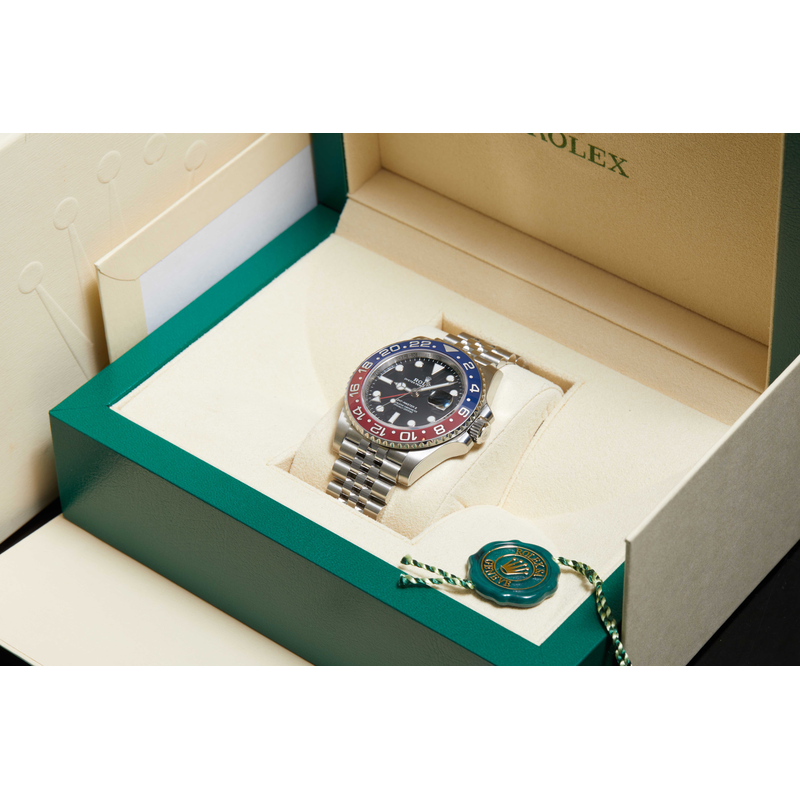 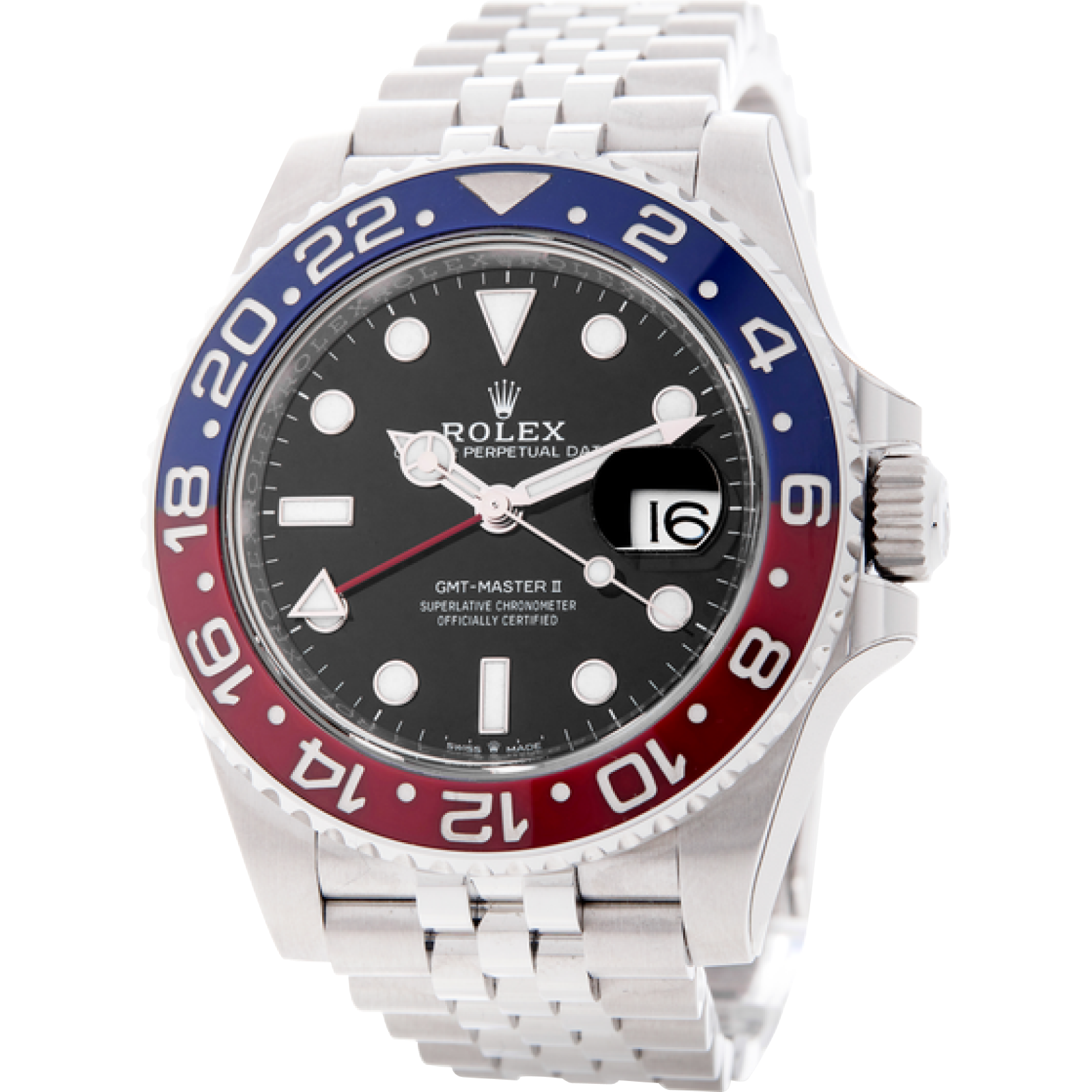 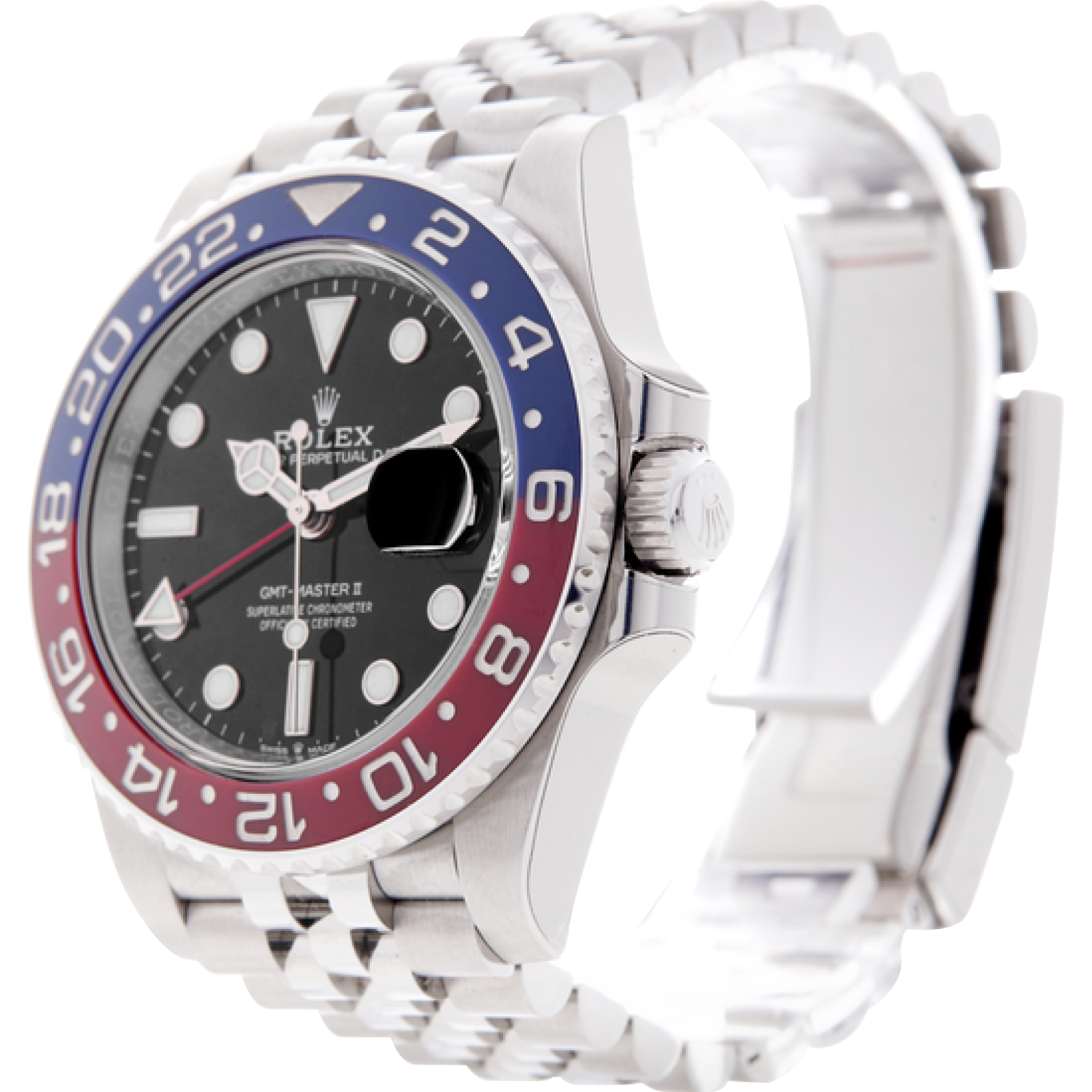 storage location
Balthorne, UK
A highly collectible version of the Mk 1 Rolex GMT-Master II ‘Pepsi’ with its original production stickers. Rolex professional watches remain in extremely high demand and have seen year-on-year inflation beating returns
The Rolex GMT-Master is one of the most iconic watches the brand has ever produced. Launched in the 50’s, during a golden age for aviation, it was originally developed for commercial pilots to keep track of two different time zones simultaneously
GMT-Masters with a Red-Blue bezel carry the nickname ‘Pepsi’
This watch is a ‘fully stickered’ example, often referred to as new old stock (NOS). It’s customary for any Authorised Rolex Dealer (AD) to remove production stickers before a customer can take their new Rolex out of the store, however, a handful of watches are in circulation with their production stickers still on. This makes the watch increasingly collectible. Over time, as collectors remove stickers to wear the watches, the remaining unworn and fully-stickered examples become increasingly rare
This watch, produced in 2018, was one of the initial batches of the reference 126710BLRO produced by Rolex. Although a point of debate amongst collectors, this model is commonly known as the ‘Mark 1’ (Mk1). It appears that Rolex made some slight changes to the colour of the bezel in early 2019, with watches following the changed being called the ‘Mark 2’ (Mk 2). Given the Mk 1 was only made for a short period of time fewer watches are believed to exist making it more collectible
This watch features a beautiful Jubilee style bracelet, a five-piece link design introduced by Rolex to celebrate its 40th anniversary. Rolex re-introduced this bracelet style that hadn’t been used on a GMT-Master since the vintage years. A nod to the model’s roots and helps set it apart for collectors